Overall — nightmarish and dystopian. February definitely slower than January reading wise Doesn't help that wizard:life and times of Nikola Tesla is a bit dry and hardgoing - am tempted to read it alongside other books but then not sure if I put it down I'd go back and it is interesting so I'm sure will reward a full read Then again, your january was pretty damn spectacular.

I had forgotten about Karinthy's book - a pal at university read it many years ago and I thought it sounded cool. Do you know it's original language? It covers the mathematical evolution of 0 from an abhorrent number to being central to our understanding of the universe. The first few chapters and last few chapters are excellent but the bit in the middle does get a bit bogged down on trying to prove some mathematical truths rather than just report them.

Overall — very quick read about pages long about the long history of mathematics told in an entertaining manner. They are all utterly gorgeously designed. McSweeney's 23 has a small book in a pouch isndie the cover as well as the dust jacket fold out into another set of stories on the back of a poster. Is Zero by any chance the one that has an appendix with a proof of how Winston Churchill is a carrot?

That was one of my first proofs ever and I was quite enamored of it at the time. I recall it being a very interesting book. Edited for touchstone. Against the backdrop of the upheavels of moving from a communist to capitalist society people start disappearing by turning into birds. It turns out that all the supernatural and folktale creatures have gone to live in a secret place and the problem is something to do with them. This was an oddly unaffecting book with an OK plot but no heart.

I didn't really ever care about any of the characters, most of who were fairly one dimensional and didn't really get a sense of place from anywhere in the novel with the real life and secret cities and the fairytale forest being poorly described. Having finished it a couple of weeks ago I'm struggling to remember enough about it to review it. Overall - disappointing and unengaging.

Its an odd tale, which is hard to describe, macabre and told via the quirky characters in the willoweed family. The family is very strange being dominated by a belligerant matriarch. Its pretty much a small snapshot or episode in their lives. Overall - great but eccentic writing - not to all tastes. This omnibus is the 3 books in one but not the prequel. The first book tells the tale of a great push by the mortal king against the insects and the intrigues the immortals play against each other.

The second book tells the tale of the discovery of a far away land and the third book tells of the greatest battle against the insects.

The world is very imaginative and there is also a seperate place called the "Shift" that you can travel to with the help of drugs. The Shift is very "new wierd" and full of playful pun-like language whilst the Fourlands where the majority of the story is set is more traditionally fantasy although there are no elves or orcs or any of that malarkey the only "magic" is the "Circle" which is how the Emporer grants the very best immortality.

The very best swordsman, archer, sailor architect etc. Anyone can challenge the immortals if they think they're good enough and immortals can die by violence. The 3 books together come to just less than pages and Swainson's writing kept me turning the pages and left me wanting more. I was in two minds as to whether to give this a brilliant. However the middle book was a little off and the start of the 3rd book was a bit slow and dare I say pointless. One of the main characters of the 3rd book - the brat Cyan is also very annoying although deliberately so I assume which for me drops the overall omnibus down to a Very Good.

Glad you liked Swainston's books I seem to recall rooting for them in an earlier conversation with you. My only beef with them is that there is less and less Shift as the series goes - it seems a strange waste not to delve further into the world Jant travels through in the flesh-wagon right at the opening of the first book. I liked No present like time 's theme of imperialism and colonialism, which I feel was political fantasy in a neat way.

But other than that, I agree that the second book is perhaps the waekest. Wasn't thrilled about the deus ex machina ending either. You should really read Above the snowline too. Gave some great new insight into Jant and the Rhydanne. But I've read a few too many reviews like yours. I'll give it a miss, I think. It constantly exceeded my expectations, and confounding my preconceptions of the wild west. McMurty skillfully captures the simply unremitting harsh nature of frontier living.

It's a true epic - fully evoking the grandeur of the American West in the late 's on the cusp of change - the bison are dying out, the indian wars are coming to an end and civilisation is creeping westwards. Overall - a stunning book that should be on everyone's book shelf - a damn good read.


If you've not read much into the Fortean literature in the last 20 years then this book is for you - Wiseman examines a number of "paranormal" phenomena and gives us a brief history of the scientific examination of such phenonema and then covers the latest thinking on what causes such experiences. Needless to say a book by a psychology professor is clearly in the "its all in the mind" camp so if this threatens your conception of the supernatural this may not be the book for you.

For me Wiseman is an entertaining writer using humour to underline his points. My only gripe with the book is that he does tend to repeat himself within the chapters and across the book. After explaining something he will then have a "how to" boxed text that will summarise the chapter and then after that go on to give a conclusion which also then summarises the chapter. Overall - Good introduction to field of the psychology of the paranormal. Yes its hard to sum up the book as it does seem to have several almost entirely seperate parts.

To me this felt like a "worthy" book and although lauded I just didn't get it. It was bitty, the parts where Satan Woland and his minions caused mayhem were farcical in every sense deliberately so as Bulgakov wanted to make fun of Stalinist Russia apparently. The love story seemed entirely staged and unrealistic - the Master and Margarita before meeting in the story tell of how much they love each other to confidentes and then when they get back together the story hardly covers their re-union and when it does they hardly seem that enamoured.

The story about Pontius Pilate is the best part of the book but is not really all that related to the other parts. It was a confusing read that leapt from chapter to chapter with no seeming coherence with a baffling cast of ill defined characters in a farcical plot. Perhaps I'm a little dim not getting all the references to Faust etc. In the end, for me, it was a struggle to read to the end as it bored me. Overall - if you think the height of humour is slapstick and are a scholar of both Stalinist Russia and the life of Pontius Pilate or are prepared to read extensive notes about how clever the author is in referring to these in an allegorical way then you may like this book.

I utterly loved The Master and Margerita when I was in high school - I think I read it three or four times, and it's been one of those books I'd give as an answer to "What would you bring to read on a desert island". It's been many years since I've read it now, but many images from it still stand very clearly in my mind, and I have no recollection I ever found the need for extensive notes.

I remember it as a pretty fast-paced romp, rather. That being said, my sturm und drang love for early russian modernism has fared pretty badly with some other attempts at re-reading later in life, so I'm a little wary of picking this book up again to see how it holds up. I guess I'll always love the memory of it though - one of those defining reads for me. Mostly because I do trust your and Claire's taste as a rule. 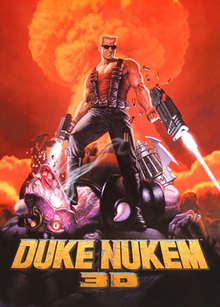 I only wish the concept of "cattle drive from Texas to Montana" didn't sound so utterly boring Looking forward to getting convinced, I suppose :. Usually Kay manages grand sweeping events with aplomb this time the story left me cold. The first section is evocative and led me to hope that Kay was back on form after the dismal last light of the sun and ysabel but the middle pages meander about with no real depth or meaning before the story picks up again for the last or so pages.

The central story and character fail to grip or even to interest you really and the rest of the characters are broad brushstrokes only. Kay was 3 books ago my favourite author whose books I would pre-order although a song for arbonne seemed a bit of a blip! Overall - When comparing under heaven to the authors other much more impressive books it does very badly. Sadly dull. I'm not keen to do a re-read though!

I thought the point of the new rating system you and Claire are using was to make things less confusing ;-. I think it fits - "Good Read it if you like that sort of thing " as although bad by the standard of other Kay books its still worth reading - I didn't hate it and really enjoyed some sections of the book so on the whole it was "good" - perhaps this level of review is a misnomer and perhaps "average" is a better label Vandermeer creates a very compelling, and personal, defence and it seems one is needed as novellas have a difficult time getting published it seems of the novella.

Steinbeck is obviously very familiar with his subject and writes with intelligence and passion.

The story is about the horsemen of Jad read Christians of Spain re-conquering the lands that generations ago were stolen by the Star-born of Ashar read Muslims mainly through the eyes of a Kindath read Jewish Doctor.